Folks, if you’re ‘sickened’ by this country, please, do yourselves, and us, a favor, and see yourselves across the borders. We aren’t forcing you to stay here, and clearly, you don’t want to be here. Now, that’s not that I don’t want you here, but let’s be clear here… YOU are sickened by the voice of a majority in this country. YOU have had YOUR say for 8 straight years, and the majority have said no more.

This is precisely what America is all about. We, the people (the majority) set the directives to government. WE, the people elect individuals into public office, to do a specific job. It just so happens that the one individual that ‘sickens’ you has been elected. Well, let’s be 100% clear here. While not the ideal choice, amongst the candidates for office, he was the smart choice. Yes, he has, in the past, been a sleazeball . Yes, he has, in the past been arrogant (and likely still is to this day). Yes, he has, in the past, been bankrupted. HOWEVER, there is absolutely one thing that he has never been under suspicion of, investigated for, or charged with…  Mishandling classified information.

I realize that some of you aren’t as ‘smart’ as I am (and likewise, in some areas, I’m not as ‘smart’ as you). That’s ok. I’ll try to dumb this down for you as much as I can.

When one enters an office like, say, Secretary of State, one has access to classified information. Much of that is transferred via email. Some, however, is not.

Because of the sensitivity of said email, it is required (and has been for some time now) that procedures are followed, to the letter. Why? Because, well… For an example… WikiLeaks

Because of her violation of these procedures, emails ended up on unauthorized devices. From Weiner himself to, well, again, WikiLeaks.

Of course, the MSM would have you believe that hey, this is all Russia’s fault. In fact, if you believe the hype from the WH and it’s administration, they are enemy #1. Guess what? They’re NOT. This is 100% the responsibility of Hillary Clinton. Her ineptitude, her ignorance, her flat out inability to provide any shred of security , choosing ‘personal ease of use’ over anything got her in the same trouble here.

Now, how does this affect her ability to do her job, you ask? Go ahead, I know you want to.
Well, since we already know what a security nightmare this individual is, regarding email (a basic, day to day task), how much of a leap is it to assume (correctly, based on first hand accounts) that she’s going to be a national security nightmare. Think about it for a second. What else could she have overwritten, what else could she have just said ‘no, I want it done my way’ to?

I’ve said two things over and over again the past few months.

A> I’m all for a female President. Please, please, please let it happen in my lifetime. I’d have absolutely no problem with it
B> Hillary is  not the person for the ‘first’. This would have been an utter disaster, and the country would have never elected another female president

Don’t take what I’m saying as a resounding endorsement of Trump, everything that he does, and says, and acts like. No, that’s not it. Another thing I’ve said over the past year over and over… Trump is NOT the best man for the job (I’d have probably preferred Carson, but he just couldn’t get the momentum). He’s the best candidate RUNNING for the job.

8 years ago, you voted in ‘hope and change’. How did that work out for you? We were told to give it a chance. Ok, we did. We were called ‘obstructionists’, for the same attitude you’re showing right now, today , refusing to listen, refusing to do anything but show our opinion and our way, starting off the session with a piss poor attitude.

Well, guess what…
The ball’s in your court now. Trump has very, very gracefully accepted the election. He’s been incredibly thankful, and extended an olive branch. Personally, I believe him. At least, until he proves me wrong. Instead of attacking someone who is actually sacrificing a ton to do this job, maybe you should give him a chance to do the job before you judge him.

While you may not agree that we are a Christian nation (it’s your right to do so), one of the foundations of Christianity is forgiveness. NOT just ‘blind’ forgiveness, but forgiveness when merited. Forgiveness when one humbly approaches and asks for it. Trump has done so, at least for many of the things that he’s done. Perhaps, instead of holding a grudge, you should find it in your hearts to forgive HIM. Otherwise, you are no better than you claim he is.

The country will still be here tomorrow. If you need help packing, let me know, I’ll be more than happy to do so. Otherwise, shut up and deal, like we’ve been told for the past 8 years. 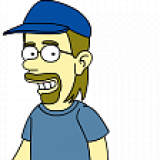 America: Uncivilized, by nature. In a civilized world, people don’t attack one another simply because ... Election 2016… Should I vote? 2016 is  a rather unique election year. The cage matches (debates) are ... Are we better off now than we were 4 years ago? This question, posed at the RNC has received a plethora of responses from a ...