In a civilized world, people don’t attack one another simply because they believe different things… Well, in any civilized country except for America, I guess.

I find it amazing that for years, people can ignore certain things, yet, when someone else  does them, someone they don’t approve of, well, then it’s all fair game, and the gloves are off. This is the mere definition of hypocrisy folks, and, I guess I shouldn’t be terribly surprised to see it coming from the left.

These are the one and the same people who preach ‘tolerance’ , as long as it meets their agenda.

These are the one and the same people who will call you ‘homophobic’ if you want to stick to your religion and avoid baking a cake for a gay wedding.

These are the same people who will scream for your right to rip a fetus from your body, but Heaven forbid  that someone temporarily displace a child from it’s parents (who, by the way are either committing a crime, or suspected of doing so).

Yes, that’s right… This post is about all the hubbub , the mess that is border immigration, the horrible acts of ripping someone away from their parents… There is no denying that this is a horrible practice, one that should never, ever have been started, no matter who started it (hint: it wasn’t Trump).  There is no denying that this will have devastating affects on children left and right. I mean, come on… That’s just wrong.

All that being said, unfortunately, in some cases, this is necessary. This isn’t practiced just along the border, by the way, but here in our own country as well… It’s just not viewed the same, not at all.

Something very few know about myself, mainly because I am a rather private person:
When we were growing up, my mom and dad went through a rather ugly divorce. Dad was abusive, mom followed his lead to a degree, and, well, it was ugly to say the least. Eventually, the state came in,  took my sister and I away from my parents (or maybe it was just me, I don’t recall all the details). We were placed with separate families (IIRC), and weren’t allowed to visit our family, or have any conversations with them at all. It was a real hoot (not really, of course). We were stuck into foster families (temporarily), until shit got worked out. This was a horrible situation, all around, and believe me when I say, I hated it. However, it was something that was necessary.

Once things got worked out, we were permitted to go back to live with mom, though dad only got supervised visits. Not the best approach, but hey, he had it coming , one could say.

I say all that  to say that, to a degree, I’ve been there. Of course, not in the same sense as someone who’s been smuggled across a border as a child (possibly, even in a human trafficking operation), or placed in a “detention center” because of the acts of my parents, but I have been there. I cried myself to sleep , just wanting my family back. I stayed up , thinking of nothing but getting back with them, and I hated the situation, 100% , as I’m sure these children do themselves.

All that being said, there is no easy solution to this. No, really, there is not… Some detractors may claim “he can just pick up the call and end the practice”. No, he actually cannot.  That’s not how laws work. That’s not how our legal system works.  The way our legal system works is to force both Congress and the Senate to come together, put a law on the books, amend laws, and prevent things like this from happening in the future. The way our legal system works is to close the loopholes that force this mess in the first place. These, by the way, are the same loopholes that put us in the DACA situation we’re in now.

Yes, that’s right, I brought up DACA. Millions of children allowed to run free through our country because mommy and daddy brought them here illegally , and the government refuses to do jack shit about them. Why? Why should they? They’re simply pawns of both sides.

So, what, exactly, is the problem with allowing these kids to stay with their parents?
Well, nothing… If you can verify that these are their parents, and that they’re not being used in some child smuggling operation (believe me, it does happen). Send them back on their way home, and be done with it.

So, why separate children from parents seeking asylum?
This is something that shouldn’t be done, of course.  However, as stated by government officials, this only happens when it cannot be verified that the child is related to the person claiming to be the parent. What, would you have us support child smugglers? Yes, this kind of thing is real and is on the rise.

So, what about the kid who got taken from their parent while breastfeeding?
I hate to say it, but this is patently false. There has been zero proof of this at all. None.

So, why do this at all?
Currently, the law is quite clear  here. If these parents are arrested, then something has to be done with the children. So, what happens is that these children are shipped to families, or placed within human services families.  Either way, think DACA…

So, what is the solution?
As I mentioned, there is no easy solution here. The law requires these children to be released, while their parents are held for trial, and often times sent back home.. They will re-try to enter, of course, and this is just another problem, for another day.  The only logical solution here would be to keep the family together, ship the family back across the border, and let it be. This, of course isn’t going to guarantee they won’t be back, right?

The problem with the logical solution? This doesn’t work for liberals. Their entire campaign is based on letting these people in, no matter what. In fact, the proposed bill by Feinstein prevents federal agencies (non specific) from doing their jobs and arresting individuals within 100 miles of the border… What the ever loving eff??? This is what I’d expect from a government official from California though, I’d guess. Just pretend the problem doesn’t exist, make sure that nobody can enforce laws, oh, and yeah , let’s let the criminals run the town.

The easiest solution here?
Make sure word gets out that this shit won’t fly in this country any more. This is what a zero tolerance policy does… Yes, it takes time, but once these stories get back to wherever these people are coming from? Yeah, you can bet your ass they won’t try again.

The problem is real. The problem started before Trump. The problem was exacerbated with prior administrations refusing to follow immigration law, instead , just allowing criminals to do whatever they wanted. Yes, if you come here against the law, you are a criminal.

It’s time to take real action here on this problem. Not deny law enforcement the ability to do their jobs, but to take control of the issue and put it to a stop, once and for all. This isn’t a left, or right issue. This is an issue that has been going on for far, far too long, and playing the blame game (aka: he started it, no, he started it), like a petulant child isn’t going to help solve anything 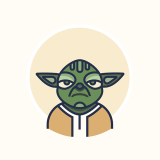 ‘I am sickened’ I’m seeing quite a few ‘I am sickened’ posts, quite a few ... Election 2016… Should I vote? 2016 is  a rather unique election year. The cage matches (debates) are ... Are we better off now than we were 4 years ago? This question, posed at the RNC has received a plethora of responses from a ...